In contrast to classical project management methods, Scrum doesn’t have and doesn’t need a product manager, a taskmanager or a team leader. The most important three roles of Scrum are:

These three roles are coequal and all of them have certain responsibilities, of which I want to name a few.

The Product Owner is responsible for the vision of a product, the gathering and the prioritization of the requirements, control over the budget and the ROI. The Scrum Master cleans out problems, takes responsibility that the rules of Scrum are kept and he as well coaches the team. The team of Scrum is a self-organized unity, responsible for the creation and the quality of the product. Besides these three roles there exist some more Stakeholders, who e.g. serve as an observer or a counselor.

One of the most important thing for the success of scrum is the role of the Product Owner, who serves as an interface between the team and other involved parties (stakeholders). It can be said that in companies that use scrum, the tasks and responsibilities of the particular Product Owner are never the same. Starting with the choice of that person provided with the proper and necessary skills, make them take specific trainings, up to the responsibility they take; the role of the Product Owner –short PO- is the most complex one regarding that procedure.

Often the PO has to “fight” on both sides. Whereas the team can work a certain fraction of time (time boxed) “protected” by the Scrum Master, the Product Owner often needs to deal with marketing, management or the customers in order to be able to present the software requirements (User Stories) quite precisely to the team (see the box “criteria for User Stories).

Furthermore the Product Owner is responsible for the return on investment (ROI). He validates the solutions and verifies whether the quality is acceptable or not from the end-users’ point of view. He also has to decide over the importance of single features in order to prioritize these in their treatment and he has to tell the team what the product should look like in the end (product vision). Since one of the teams’ tasks is to work effectively, the Product Owner must react fast on call-backs. Hence he fulfils the role of a communicator, as he must be in contact with all stakeholders, sponsors and last but not least the team throughout a project. After all it is his task to coordinate the financial side of the product development, which is successful through his continuous work and prioritizing the advancing tasks (Product Backlog). All these diverse requests demonstrate how important the selection of the “right” person for the role of the PO is for the success of a project. h.

The nomenclature is definite. The Product Owner is at Scrum not only the manager of a product, but also the Owner and therefore he is the one responsible for the correct creation of a product. Being a Product Owner means:

You are responsible for the success of the outcome of the product delivered by the team. You make Business decisions of importance and priorities. You deliver the vision of the product to the team. You prepare the User Stories for the team of development. You should possess severe domain knowledge. You validate the outcomes and test them for their quality. You react promptly on callbacks. You communicate on a continual base with all Stakeholders, financiers and the team. You control the financial side of the project.

The most obvious difference between a team leader and a Scrum Master is represented by the name itself though. Whereas one is leading the team and sets the tasks, the other one is in charge of observing that the team obeys the rules and realizes the method of Scrum entirely. The Scrum Master does not interfere into the decisions of the team regarding specifically the development, but rather is there for the team as an advisor. He only interferes actively when anybody of the team or any other participant of a project (Stakeholder) does not obey the rules of Scrum. Whereas a team leader often gives requirements and takes responsibility for the completion of those, an experienced Scrum Master gives only impulses and advises to the team to lead the correct way, to use the right method or to choose the right technology. In fine the Scrum Master acts more like a Team Coach than a team leader. ScrumMaster and Impediments Another important task of the Scrum Master is to get rid of all possible impediments that might disturb the work of the team. Usually problems can be classified in three different categories. The first one is problems the team cannot solve. E.g. the team cannot do any kind of performance-tests because the hardware is not in place, the IT-department does not provide Bug tracker, or the ordered software just still did not reach the team. Another impediment could be that the marketing or sales manager was there again demanding that another feature gets integrated “quickly”.

The second one regards impediments that result through the organizational structure or strategic decisions. Maybe the office is not capable of handling the important meetings or teamwork – e.g. because there is no media. One mistake that occurs quite often regards the problem that the Scrum Master is seen as the personnel responsible for the team members. This is often because of the classical role of a project leader, but using Scrum it only leads to conflicts of interests and is strongly against its major principle: The team owns a management role in the method of Scrum and is therefore coequal with the Scrum Master and the Product Owner. Another aspect can be the insufficient bandwidth of the internet for the new project.

The third problem refers to the individuals. Someone needs a hand with the debugging. Another one cannot solve a task alone and needs someone else for the pair programming. Someone else has to reset his computer....

Even though a Scrum Master can’t and shouldn’t realize some requirements himself, he is still responsible for solving and getting rid of problems and needs to give proper criteria. This task often takes up a lot of time and requires great authority and backbone. The Scrum Master has to create an optimal working-condition for the team and is responsible for this condition to be retained, in order to meet the goals of every sprint – i.e. for a short sprint the defined requirements.

Different from other methods, in Scrum a team is not only the executive organ that receives its tasks from the project leader, it rather decides self dependent, which requirement or User Stories it can accomplish in one sprint. It constructs the tasks and is responsible for the permutation of those – the team becomes a manager. This new self-conception of the team and the therewith aligned tasks and responsibilities necessarily change the role of the team leader/project leader. The Scrum Master does not need to delegate all the work and to plan the project, he rather takes care that the team meets all conditions in order to reach the self-made goals. He cleans off any impediments, provides an ideal working environment for the team, coaches and is responsible for the observation of Scrum-rules – he becomes the so-called Servant Leader.

The changed role perception is one of the most important aspects, when someone wants to understand Scrum and with the intent to introduce it in the own company 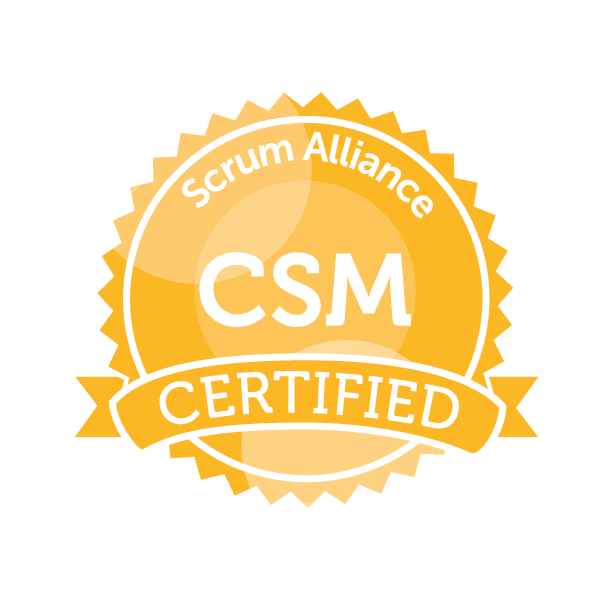 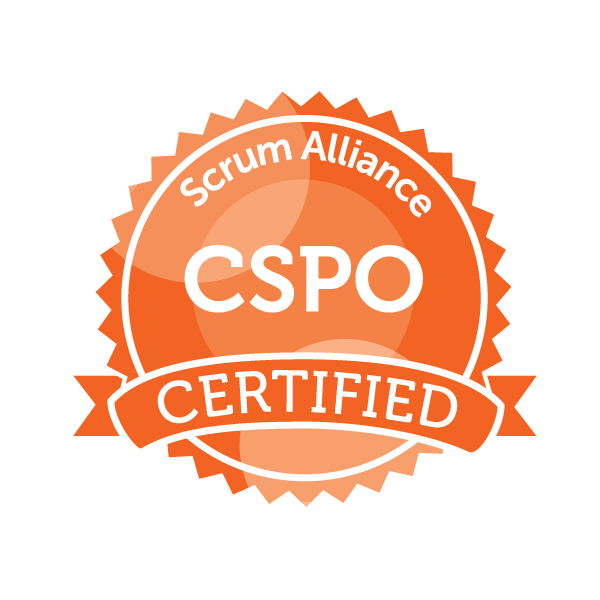 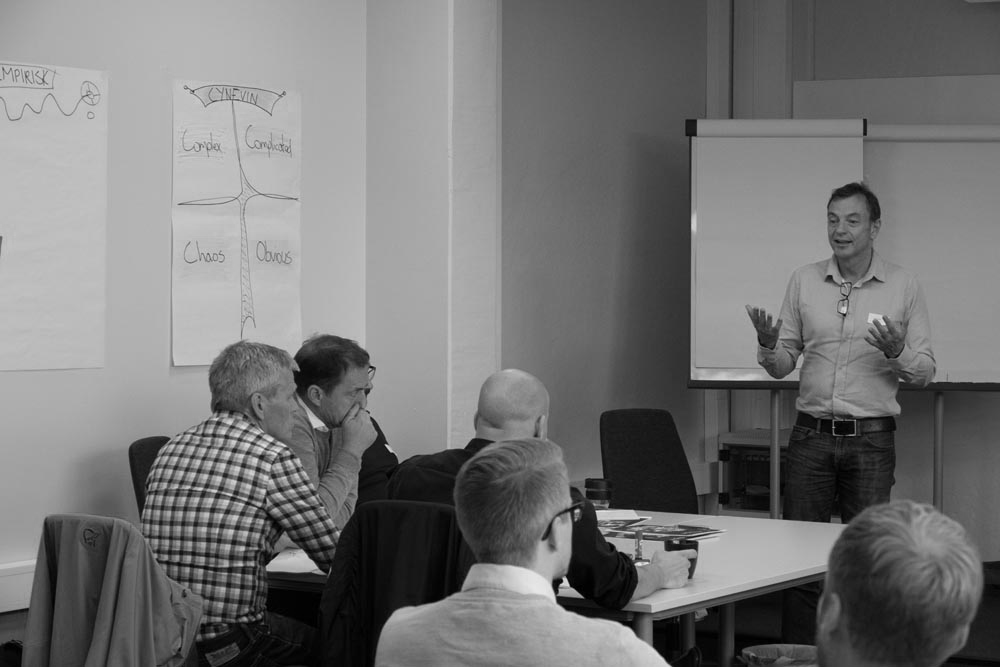 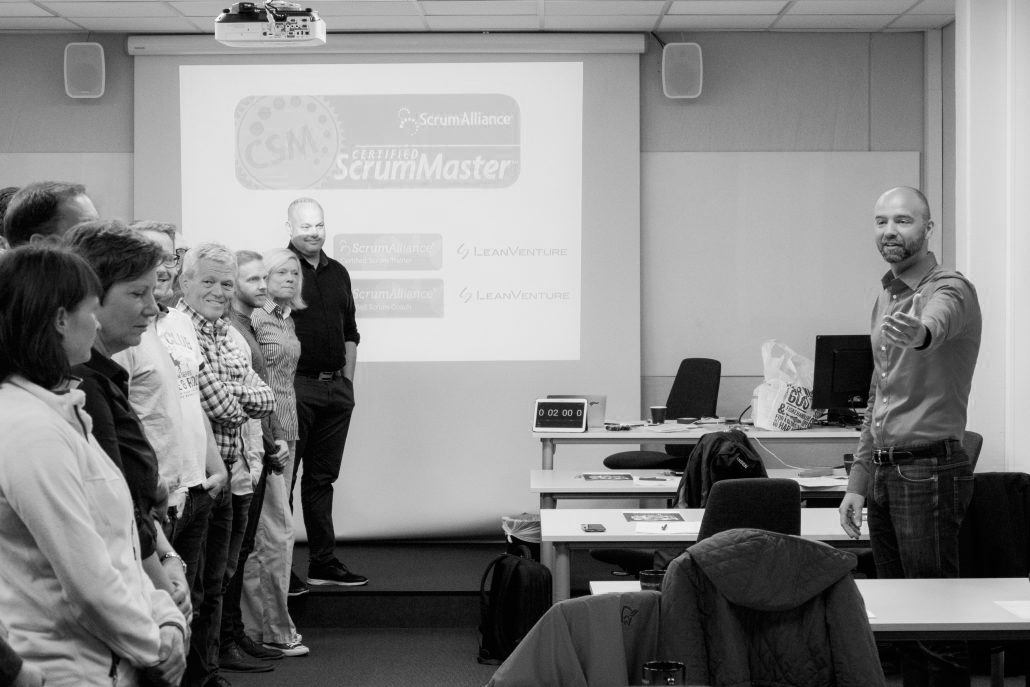